Causes of Separation From Organization

Separation occurs when an employee leaves the organization. Why do separation occur? Reasons for employee separations may be voluntary or involuntary. In the former, initiation for separation is taken by employee himself or herself. Where the employer initiates to separate and employee, it becomes involuntary separation. In the latter, the employee entertains the feeling of injustice and seeks legal protection to undo it.

a) Quits
b) Retirements

An employee decides to quit when his or her level of dissatisfaction with the present job is high or a more attractive alternative job is awaiting the individual. The reasons for dissatisfaction may be because of the job itself or because of job extrinsic factors such as supervision, company policy, compensation, advancement opportunities, health, spouse relocation and the like.

During economic boom, jobs are available in plenty. Competent people will get multiple offers at any given time. Some of them stay with the organization in the name of loyalty or some other commitment. Majority accept the more attractive offers and prefer to leave the company.

Organizations often encourage quits through cash incentives. Popularly called voluntary retirement schemes (VRS), these separations are resorted to when organization are experiencing losses. They resort to cost saving to save the bottom-line and believe that the best way of cutting down the cost is through reducing the wage and salary bill. As VRSs are induced by the managements, we prefer to discuss them under involuntary separations category.

Retirements occur when employees reach the end of their careers. The age for an employee’s superannuation differs. In some States it is 58 years and in Central Government it is 60. Many governments have raised the limit to 60 and 62 respectively as there is shortage of skilled people to fill up the vacant jobs.

Retirement differs from quits. When the employee superannuates and leave the organization, he or she carries several benefits with himself or herself. Such a privilege is denied to the employee who quits. Second, retirement occurs at the end of an employee’s career but the quit can take place at any time. Third, superannuation shall not leave any soured relationship behind the retiree but a quit is likely to result in hurt feelings with the employer.

Employers resort to terminate employment contract with employees for at-least three reasons: (i) organization is passing through lean period and is unable to maintain the existing labour, (ii) initial faulty hiring resulting in mismatch between job and employee fit, and (iii) employee exhibits deviant behaviour vitiating the environment around.

Discharges, layoffs, VRS and rightsizing are the common methods of employer sponsored separations.

A discharge takes place when the employer discovers that it is no more desirable to keep an employee any longer. Discharge, also called termination, should  be avoided as far as possible. Any termination is a reflection on the company’s HR system. In addition, termination is expensive as the firm must seek replacement, hire and train the new joinee. Finally, a discharged individual is likely to badmouth about the company. Obviously, discharge needs to be viewed as a last resort.

A lay-off may be occasioned by one of the following reasons:

1. Shortage of coal, power or raw materials.
2. Accumulation of stocks.
3. Breakdown of machinery.
4. Economic recession.
5. For any other reason.

When a part of a section or department is laid off, the management shall define the basis for laying off individuals. The basis for the lay-off may be merit or seniority. If merit is the basis, employees with unsatisfactory performance are laid off first. Performance appraisal is essential for the purpose of establishing who is efficient and who is below expectations.

Competence as the basis for lay-off is not possible in unionized companies because of the outright resistance offered by union leaders. In such companies, seniority determines who should be laid off first. It goes without saying that the employees with the shortest period of service to their credit are first laid off and the older employees are retained as long as conditions permit.

Similarly, the basis for recalling the employees as soon as the lay-off is lifted needs to be made clear. After the lay-off, the management seeks to return to normal production as quickly as possible. Naturally, key employees must be the first to be recalled. The seniority system usually specifies that those who were laid off last will be called back first. Presumably, the more senior workers will have held the more important positions. This correlation is not always a perfect one however, and the management may seek to recall junior employees whose skills are essential for the resumption of production.

A resignation refers to the termination of employment at the instance of the employee. An employee resigns when he or she secures a better job elsewhere, In the case of a female employee, when she marries and had to quit for personal reasons, or when an employee suffers from ill health. The administration of separation caused by resignation is very simple because the employee himself/herself is responsible for it.

Where the termination of employment is initiated by the employer, it is known as dismissal or discharge, which is a drastic step and  should  be taken after careful thought. A dismissal needs to be supported by just and sufficient reasons.

The following reasons lead to the dismissal of an employee:

Dismissal shall be the last step and may be resorted to after all the efforts in salvaging the employee have failed.

Retrenchment, too, results in the separation of an employee from his/her employer. It refers to the termination of the services of employees because of the replacement of labour by machines or the closure Of a department due to continuing lack of demand for the products manufactured in that particular department of the organization.

However, retrenchment differs from lay-off in that in the latter, the employee continues to be in the employment of the organization and is sure to be recalled after the end of the period of lay-off. But in retrenchment the employee is sent home for good, and his or her connections with company are severed immediately.

Voluntary retirement scheme (VRS) is yet another type of separation. Beginning in the early 1980s, companies both in public and private sectors, have been sending home surplus labour for good, not strictly by retrenchment, but by a novel scheme called the VRS, euphemistically called the Golden Hand Shake plan. Handsome compensations are paid to those workers who opt to leave.

Managements prefer to pay hefty sums and reduce staff strength than retaining surplus labour and continuing to pay them idle wages. Further, VRS is perceived as a painless and time-saving method of trimming staff strength, easing out unproductive older workers and other deadwood. Unions, too, cannot object as the schemes are voluntary.

VRS also results in separation of employee from employer. VRS is resorted to where organizations have surplus labour. Firms will be required to pay wages for idle time if VRS is not invoked to trim the surplus labour-force.

Downsizing is not an involuntary separation method by itself. In-fact, to downsize employee strength firms need to adopt other methods. But because of its off repeated focus in corporate circles (a couples of years ago), we choose to discuss rightsizing as an involuntary method of separation.

Downsizing, though claimed as a desirable corporate strategy,creates more problems than it can solve. One of the biggest problems is employee morale. Downsizing creates not a ripple but a tidal-wave throughout the organization. The surviving employees experience trauma-they have lost identity, colleagues, security, power and control. Moreover, the economic benefits expected by the organization often fail to materialize. 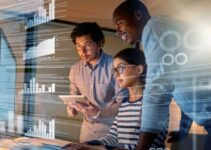